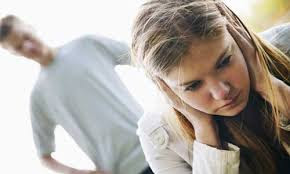 I read this article on the net this morning and I want to share it with you. There are several qualities listed below that abusive men gravitate towards. The interesting thing is that I possess, at least used to, all of them. Did my abusive husband know the traits to look for? Perhaps.

Anyway, read on and determine for yourself:

Before writing this article, I stopped and thought hard. By writing this, would I be putting potentially harmful information in the hands of abusive men? Would I be putting more women at risk? The answer kept coming back 'no' - although the question did bring to mind another characteristic of abused women that I'll come back to.

The thing is, although abused women aren't usually aware of what's special about them, abusive men are. In fact,it would be hard to teach an abusive man anything he doesn't already know about choosing a victim.

Abusive men often come across, initially, as the unusually sensitive ones. This they undoubtedly are - to their own real and perceived hurts; and also to their partner's vulnerability.

Whether you choose to explain it as a sixth sense, a powerful conditioned response, or something akin to pheromones, doesn't really matter. Abusive men are exquisitely attuned to pick out vulnerable, susceptible women, however these women may present themselves.

It's unlikely these men could put the process into words. But they evaluate the responses of their prey very carefully. Whatever appears to be happening at the verbal level, at a deep level they are watching for the woman's readiness to abdicate her own personal power.

The particular type of woman they're looking for is characterised by a fundamental defencelessness. She may not present that way. On the surface she may be attractive, competent, able to take care of herself. At bottom, to a predatory man, she's a soft touch.

So what are the characteristics that set an abused woman apart?

� She's a naive romantic. She believes that love, her love will conquer all. It takes her the longest time to learn that love doesn't excuse her partner from being accountable for his actions.

� She doesn't know when to give up and walk away.

� She is a natural at guilt, apologies and shouldering the blame for whatever goes wrong.

� She takes responsibility for anything and everything. Hence my concern that writing an article aimed at revealing the specific characteristics of abused women might benefit predatory men.

� She doesn't believe that she is good enough. Her low self-worth, progressively lowered in an abusive relationship, means that however imperfect her man is, she still feels inferior to him. She sees him as compensating for her own inadequacies.

� Her 'no' lacks authority. In other words, she is easily bullied and put upon. She may sound strong-minded, but her wants, needs and reasons never carry the same weight for her as those of her partner.

� She has little or no idea of boundaries. She has little instinct for self-protection or self-preservation. Her best 'strategy' is often to hope that others will do right by her. (This strategy causes frequent, painful disappointment.)

� She believes in gender stereotypes. Men are the strong, powerful ones. Women can't manage on their own. Women need a man to complete them and to manage the challenging areas of life.

� She's really into rescue. A generous soul, she may well yearn for a rescuer, but she can't resist running to the rescue of anyone in distress. (This is often part of what attracts her to an abusive partner.) She's slow to learn that the people she rescues are more likely to turn aggressive than to show gratitude and loyalty in the long term.

Does she sound familiar? It wouldn't be surprising. Abused women make up a significant proportion of any community. And it tends to be their gentler, more feminine qualities that put them at risk. By acquiring self-awareness and learning to ring-fence their frailties with strong boundaries, they can safeguard their specialness. At the same time they can protect themselves from further abuse.

You can find the original article at: http://marriagepartner.com/relationships/6937.php

Where Did Everyone Go?

It is sometimes hard to grasp just how much people DON'T get it. It's like violence and abuse in relationships is some foreign thing, because they have no idea how to respond to that information. Then, since I got out, they think that it's all said and done with - when that is not the case at all. Yes, they are sincerely glad I survived and escaped, but they don't realize the lasting impact and daily challenges it still carries. It's as though people believe it wasn't that bad because they have never seen me with bruises... or because my abuser was charged but not convicted... They show it when they just don't want to get involved in the life of a family that has gone through, and still going through, such ordeals. Many people are quite satisfied being fair-weather friends, and those are not the kind of people who stick around when times are tough - like now.

I am still going through a crisis - the hardest one of my life thus far. Where are my supporters? My encourager's? My friends? While it is tough to do it so much on my own, I do have a best friend who helps me think through and deal with almost everything. Adam, bless you.
Posted by Spin at 12:21 PM No comments:


Tuesday, March 29th, 2011 - A friend of mine posted this on Facebook this morning and it struck far too close to home. I bawled my eyes out, actually. It is not easy, everything I do is a challenge. It is so hard to get over being treated like property and a piece of crap for so many years. It really hurts.

Most people think that once the abuser has left the abuse stops. That is not always, and not usually, the case.

Getting out from under the control of an abuser takes a lot of work. It isn't that once he leaves the house he takes his control with him.

Since his arrest last June, I have broken free from a lot of the control he had on me. Another big part of his control was lost when I was on the stand testifying in court on Thursday. I was able to voice many of the things that he has done to the kids and I over the past 11 years, while he was in the room to hear it. I didn't look at him; I couldn't. And, for the most part, he didn't look at me. He just sat there with a mad face on, looking down.

The piece of his control that I am feeling today is is refusal to let us have the car. The kids and I haven't been able to go to church for 3 weeks in a row now. Usually we go with a friend of ours, but she has been sick. I hate that I have to depend on others for transportation. I feel that I am still being abused - I am being belittled and degraded by not having a vehicle, which is because of his refusal to give us, or at least let us use, the only family car we have. He isn't driving it, it's been sitting out at a local garage since last July. In fact, he doesn't even have a Driver's License to drive it.

I still don't have full control. And, I am still being abused by him.
Posted by Spin at 12:13 PM No comments:

It is only 2 days until Custody Trial begins and I am totally freaked out. I have to testify... I have to face my abuser and tell all the things that he did to me and the kids.

You'd think I'd be mad at him for all the bad ways he treated us... the truth is, I'm not mad. I don't know if it's because I am still living with some kind of fear of him, or if I feel I share some of the responsibility for what happened by staying for so long, or what it is.

Let me clarify. I don't take any responsibility for HIS actions. I only take responsibility for my own. So, my actions were staying for 11 years and letting him hit me, swear at me, belittle me, blame me for everything, and coerce me to do whatever he wanted. I also watched him do the same things to our 2 children their whole lives. That leaves a lot of guilt and blame on me.

So, whatever the reason, I am afraid to face him. I want to be able to stand up there with confidence and proclaim from the depths of my being the injustices he put the kids and I through. I just don't feel the strength and nerve inside to do that...
Posted by Spin at 12:12 PM No comments: